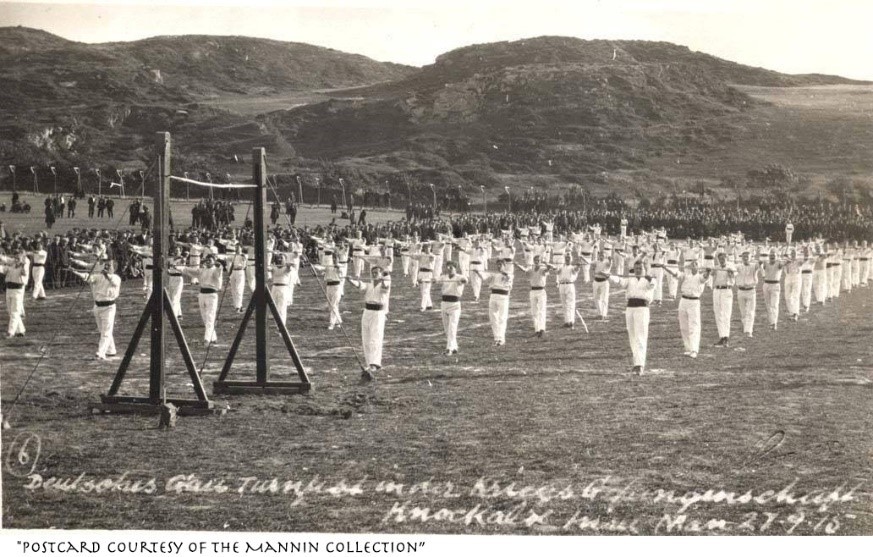 Today was a memorable day in my life and in many peoples lives as we attended Pilates 1020. A quote below from the Knockaloe site describes perfectly why this event was put on. The turnout was amazing, stood in a field that was once the site of a compound within the camp with our instructor (who was amazing) will forever be etched in my memory. I don’t think we were as ‘tidy’ as those before us, but the event was a great success and a big thank you to the organisers for making us more aware of the camp, and what happened during the 1st world war.

For 100 years, there has been little awareness of the links between the Isle of Man’s role in WW1 and the “Pilates” methodology benefiting millions worldwide.
Knockaloe.im, an Isle of Man Charity, would like to invite you to a special Pilates event at Knockaloe on the morning of Saturday 10th September 2016. Our aim is to have 1,020 participants on the exact compound area where Joseph Pilates was interned at Knockaloe Moar Farm during World War 1. The majority of the 23 internment camp compounds were designed to hold 1,020 internees, so we are aiming to have 1,020 participants, young and old, experienced and beginners, in “his compound”.

If you want to read any more about Knockaloe follow the site below which has been set up to mark the history of this camp and is so well documented that it would be foolish of me to try and replicate it. Well done to the charity for not only organising this event, but for also documenting the history of this almost forgotten place.